How can the next generation of supercomputers unlock biomedical mysteries that will shape the future practice of medicine? Scientists behind the National Strategic Computing Initiative, a federal strategy for investing in high-performance computing, are exploring this question.

Visiting lecturer Dr. Dimitri Kusnezov serves as chief scientist in the U.S. Department of Energy National Nuclear Security Administration. He advises the secretary of energy. His work includes advancing supercomputing technology and the infrastructure or “ecosystem” to support major federal research, technology, and policy initiatives. Among those initiatives are:

Dr. Kusnezov provided insight into collaboration among the Department of Energy, National Institutes for Health, National Cancer Institute, and the Department of Veterans Affairs to advance these initiatives. His presentation also examined dimensions of public-private partnerships. He discussed how the technology path to exascale computing—computing systems capable of a billion billion calculations per second—can open new doors in biomedical research and inform high-stakes decisions related to health policy.

Video made possible by the Washington Research Foundation 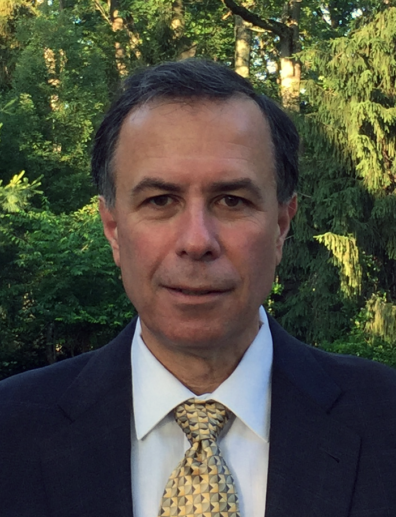 Dr. Dimitri Kusnezov serves as a senior advisor to the Secretary of Energy. He is a visiting researcher at Yale University and has been honored as a visiting professor at numerous universities around the world. Dr. Kusnezov has published over 100 articles and a book. A member of the Senior Executive Service, he joined federal service at the National Nuclear Security Administration in late 2001.

Dr. Kusnezov became an associate professor of physics at Yale University in 1996, five years after joining the Yale faculty as an assistant professor. Previously he conducted postdoctoral research and served as an instructor at Michigan State University. He earned a master of science in physics and a PhD in theoretical nuclear physics at Princeton University, following a year of research at the Institut für Kernphysik, KFA-Jülich, in Germany. Dr. Kusnezov earned A.B. degrees in physics and pure mathematics with highest honors from the University of California Berkeley.

About the Allen Institute for Brain Science

The Allen Institute for Brain Science is an independent, 501(c)(3) nonprofit medical research organization dedicated to accelerating the understanding of how the human brain works in health and disease. Using a big science approach, the Allen Institute generates useful public resources used by researchers and organizations around the globe, drives technological and analytical advances, and discovers fundamental brain properties through integration of experiments, modeling and theory. Launched in 2003 with a seed contribution from founder and philanthropist Paul G. Allen, the Allen Institute is supported by a diversity of government, foundation and private funds to enable its projects.

About the Washington Research Foundation